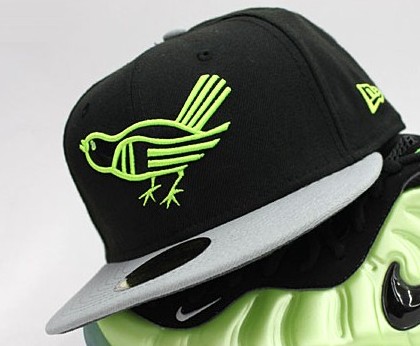 P.S. I love how this cap matches the blog layout perfectly.

Over the past year or so I’ve posted quite a few custom fitteds designed by the guys at Rock-N-Jocks Ohio. They have a pretty cool variety of colors and styles by New Era 59/50 and are always offering limited edition customs. It’s not hard to find something you like on their site. If you place an order from now until this Saturday the 19th, plug in the promo code above to take an additional 15% off all New Era caps.

Right on cue with some of the hottest movie drops based on Marvel characters, you comic book geeks will get a kick out of the latest line up superhero and villain inspired custom New Era caps by Rock-n-Jocks. Clockwise from top left: The Flash, Hulk, Hulk and Joker. All are extremely limited. Get yours before they’re gone and keep a look out for additions to the latest trend over at Rock-n-Jocks.

This new joint from Rock-n-Jocks is all red, satin, and complemented by gold under the brim and in the inside of the cap. It’s only $38.99 and a collector’s piece, limited to only 10. Sizes 7 through 8 are still available. So all you Iron Man heads better get on it quick. Perfect timing for the movie drop, which by the way got excellent reviews from the critics.

More piff from New Era thanks to a deal they inked with Taito to celebrate the 30th anniversary of the 1978 Atari classic. They’re pretty hard to come by though. I could only find one supplier and it’s Japanese. Click the above image to be directed to their site. You might want to have the Alta Vista Babel Fish translator handy though, unless you can read and type Japanese. 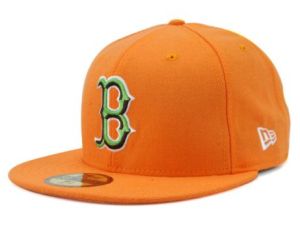 This is only one of dozens of new Sox caps for the 2008 baseball season. Based on what I’ve seen from New Era baseball hats so far this year, it seems as though basic joints combined with some funky colorways is what’s hot. I’ve also seen some nice pieces with a lot of intricate designs surrounding the traditional ‘B.’  The above style comes in colors ranging from bubble gum to sky blue. I’m 99% sure you’ll be the only one rocking one of these if you hit up any games at Fenway this Summer. Unless of course the Fresh Prince is there. Check out www.Lids.com for the latest.

This combination of the Yankees/Virginia Tech logos and the Hokies’ colors was worn by the Yankees and Tech baseball teams in a pre-season game the two teams took part in. Classy move by the Yanks organization to pay homage to the victims of one of the worst school shooting tragedies in American history. It’s sold out at Hat Land, but I linked the pic to their order page anyway because they are getting another shipment in on April 15th. I have a feeling these are going to be limited in production so the sooner you cop one the better. 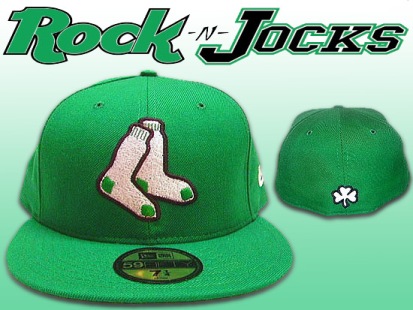 With St. Patty’s Day (and baseball season) quickly approaching, why not rep one of the most Irish places in US with this custom fitted by Rock-N-Jocks. It’s got the always popular “two sox” logo on the front outlined in black and detailed with green. And what would a St. Patrick’s Day themed cap be without a shamrock? They’ve included that on the back too. Rock n Jocks has limited this style to only 35 pieces, so click the image to get yours before they’re gone.

Lately I’ve been seeing skate companies pump out a lot of gear I’m into. Problem is, the sizes usually run too small and only go up to XL most of the time. I like that they are keeping up with the MLB in the hat department (courtesey of New Era). I wasn’t feeling the trucker style at all. I picked out this Emerica Ashbury style because we’re going to be getting into warmer weather soon and the Hawaiian joint will be appropriate soon enough. Had to throw this in as well for a laugh: 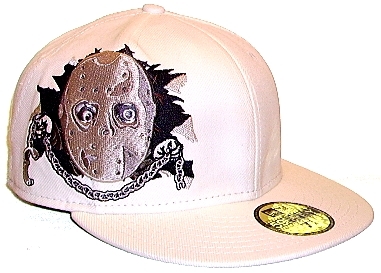 From the fellas at Rock-n-Jocks Canton, OH comes this limited to 11 pieces custom New Era fitted with the “Jason mask” embroidery. I’ve ordered a custom from these guys before (the Red Sox cap Iverson rocked during his infamous “practice” press conference tirade). They do some cool designs that I’ve kept my eyes on, specifically the Sox cap with the Patriots colorway. Check their site once in a while as they add new custom fitteds every so often.

I was browsing through latest drops at the Become Fitted website and stumbled across this piece by Upper Playground. It features cotton with the Walrus logo embroidered throughout. Only 144 produced and sizes are selling out quickly. Become Fitted is pretty legit as far as limited edition caps, tees and hoodies go. So don’t sleep and check them out because you’re bound to find something dope out of all their limited gear.

New Era flannel On Spotz Turn it up…

It’s nice to switch cap styles up once and a while especially when the seasons change and this cold as brick weather comes around. Flannel is not a bad choice for such conditions. On Spotz has dropped a line of limited edition flannel fitteds with the Turnitup sig on the side. Not bad lookin if you dig the flannel. I’d say how much you can cop one for, but I don’t know how to translate Japanese. I’m guessing around $50-60. Click the cap to figure it out for sure via the On Spotz website.

Damn where can I get me one of these? Namco and New Era have teamed up to launch a whole collection of fitteds based on the theme of the classic arcade game, featuring Pac Man, the 4 ghosts and other recognizable icons. As far as I know, they’re currently only available in Japan. When they make their way to the US they’ll go for around $54.99. 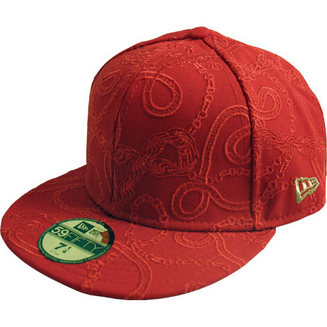 I was checking out the Boundless New York website for new additions when I came across this dope 10 Deep cap featuring the chain gang logo. It’s simple and stylish…not too outrageous like a lot of the custom fitteds you see on the streets today. I was about to cop it until I saw that it would run me $69.99. I try not to drop more than 35 bucks for a cap, so I’m gonna wait til it goes on sale. Check out more 10 Deep clothing along with over 50 additional brands at the Boundless New York website. And keep checking back here for updates on fitteds and other fashion updates for Winter/Spring 2008.