UFC on Versus 4: Barry vs. Kongo predictions… 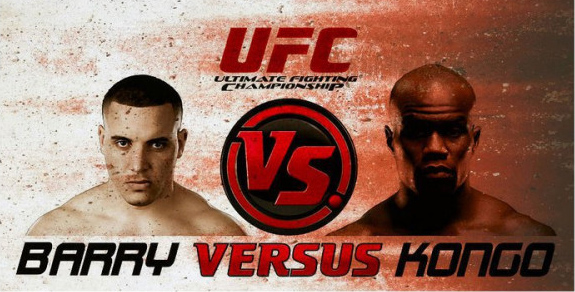 Rick Story and Anthony Johnson were originally scheduled to headline this card. Johnson had to pull out with an injury, so the UFC replaced him with Nate Marquardt. Now earlier today Marquardt had to pull out because he was not medically cleared to fight. Finally in comes Charlie Brenneman who will hopefully be last name thrown in the mix.

Rick Story must have some set of balls on him. He begins training camp with plans to fight Johnson. Then he has to switch it up and train for Marquadt instead. Now here we are less than 36 hours away from the bout and Dana throws in Charlie Brenneman. Not only that, Story is bumped of the main event. He must be pretty desperate for a payday because training for three different fighters in one camp is no easy task. I hope for Story’s sake that it doesn’t come back to bite him in the ass.