So logging into Youtube to get a tutorial to fix something on my car, I figured I’d get distracted for about 4 hours.     This little gem appeared on my homepage and I can’t help but be insanely impressed by this dude.  Check out his other vids he’s legit.

Posted by Mazz on May 25, 2013 in Entertainment, Mazz, Music, Random Cool Shit, Videos

Recently I started a play through of all 1500 songs on my MP3 player in order to revisit some old favs and delete some shit I didn’t even know was on it.  One of many artists that stood out in its personal timelessness is J Dilla.  As an ex hip hop fan and having worked in the Mix Tape/DJ retail business for two years, I’ve heard about everything there was to listen to.  I currently have very little hip hop left in my MP3 player due to its lack of actual instruments and redundant themes.  The Big Ls, Tupacs, and Biggies left a void in the genre that can never and will never be filled in my opinion.

Dilla however stands out as a musical super talent even with my own super critical view of hip hop.  Sadly he died prematurely but his body of work is amazing nonetheless.  Even though he’s gone, I smile and turn up the volume whenever he randomly pops on my playlist.  That’s about the best legacy anyone could ask for.

Posted by Mazz on May 14, 2013 in Entertainment, Mazz, Music, Random Cool Shit

Tags: hip hop, J Dilla, nothing like this, RIP, video

With Boston Pride reaching an all-time high, I’ll take this opportunity to introduce you to Slaine. Some of you may know him simply as “the fat dude” from Gone Baby Gone and The Town. However, Slaine has broke into the scene years before his acting debut. Born George Carroll, he can be found collaborating on Special Teamz and La Coka Nostra compilations and mixtapes. Slaine’s solo effort, The Boston Project dropped on April 15th the day following the Boston Marathon Bombings.

Easily my most listened to song of 2012, had to give Volumes some props.  They were my go to snowboard (and gym) soundtrack this season which saw some pretty spectacular powder days so I’ve definitely bonded with their last album VIA.

Caught them at 2011 and 2012 NE Metalfests, these guys show up live too and the ones I met are super cool guys.  If you’re already a fan go buy some merch and support these dudes.

Nice concept. Horrible execution. +1 for sentiment. -1 for completely ignoring Little Mac. -1 for placing emphasis on tank tops. A nice simple hoodie would have sufficed. I don’t think the 8-bit gamers fit into the tank top wearing demographic. If anything, save that for T & C Surf Design retros.

END_OF_DOCUMENT_TOKEN_TO_BE_REPLACED

Spike Lee really opened up a can of worms with all of his Django hating. He couldn’t just let Tarantino have his moment to shine. He had to go and make a big fuss. I find it funny how the equally controversial director behind the racially charged “Do The Right Thing,” “Jungle Fever” and “Miracle at St. Anna” has his jimmies rustled over the portrayal of an ethnic group in film. He needs to take a look in the mirror before he starts throwing stones.

Introducing the “Flyboard.” You need some serious cojones to strap into one of these (or at least a helmet). I cringed watching how close to the ocean floor these dudes were getting just waiting for one to swan dive skull first into the reef. Get me deeper water, some form of protection, a scuba mask, and I would have a ball with this thing. Pretty freaking cool.

This concept was probably inspired by Napoleon Dynamite’s rendition of Trisha. One hundred times funnier in real life. Just as good if not better than the Facebook profile pic troll. Click on to see the rest for guaranteed LOLz. END_OF_DOCUMENT_TOKEN_TO_BE_REPLACED

In the wake of Melo-gate, I’ve spent an inconceivable amount of time youtubing clips of NBA fights, brawls, jawing matches and the always appreciated unintentional comedy of cameras recording what they’re not supposed to. A special shout out to David Stern for not going all Zuffa on us with the “©” and allowing us fans to access NBA clips (and rightfully so). Thanks to the related video sidebar, ITSREAL85 has just gained a loyal follower.

The WordPress.com stats helper monkeys prepared a 2012 annual report for this blog. 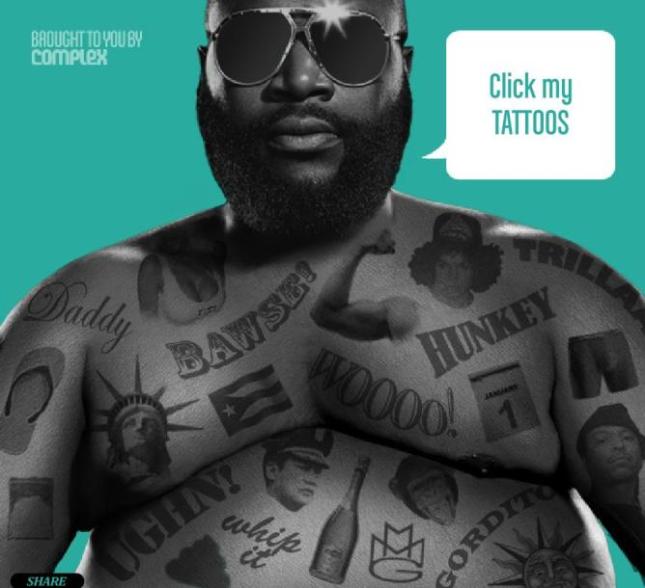 Going in I figured the whole act was staged. Took a few “victims” for me to realize that the widespread fear of zombies is alive and well in the hood. Gotta hand it to the media. No bullshit, they actually convinced Miami residents the face-eater earlier this Summer was undead. Plenty of notables in this 3:00 clip, but homeboy throwing a B-ball frozen rope at the actor before the court clears out takes the cake for me. 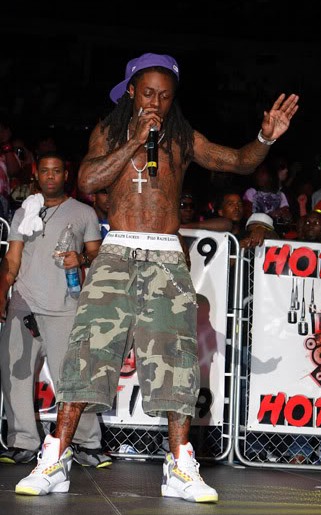 I’ve been hunting for a high quality pair of military cargos for the past week or so (Old Navy durability isn’t exactly reputable). Took my search to eBay and ended up finding some pretty obnoxious prices. For freakin’ cargo shorts! People are rolling this one particular brand out for $85-100 accompanied by a collage of Lil Wayne images rocking the same pair to boost their street cred. Nothing special about them however. Simply a standard pair of Marc Jacobs cargo shorts that retailed for around fifty bucks on their website. That was before the resellers caught wind of Weezy wearing them and decided to cash in, using the all too familiar “hypebeast” factor.

You figure now a days your average teen sees a pic of his favorite pop rapper donning a pair of anything and he immediately wants in. Resellers take this into consideration and view it as a great opportunity. They promptly purchase as many units of product ‘x’ they’re able to until they are OOS everywhere.  Now they can dictate the market and become capable of flipping them for double or triple the price they paid. That’s exactly how resellers work. They prey on the beasts. They do it with sneakers and they do it with apparel. Well I hope I’m not too late in exposing them in regards to this specific item. Did a bit of research and am now 100% certain these $100 Marc Jacobs shorts being sold on the ‘Bay are nothing more than a pair of $30.00 Rothco Infantry shorts with some unnecessary MJ tags slapped on them. So even if you’re a self-proclaimed hypebeast or simply like the “camo dress” look Wayne is sporting, don’t waste your hundo on the Jacobs. Snag a pair of the exact same shorts without the Marc Jacobs logo for nearly 1/3 of the price HERE. Every size available.

END_OF_DOCUMENT_TOKEN_TO_BE_REPLACED

Don’t know how I stumbled upon this gem but I’m glad I did. Brilliant take on a classic scene. I was sold as soon as the Lego version of Bobby D walked through the door. Hilarious.